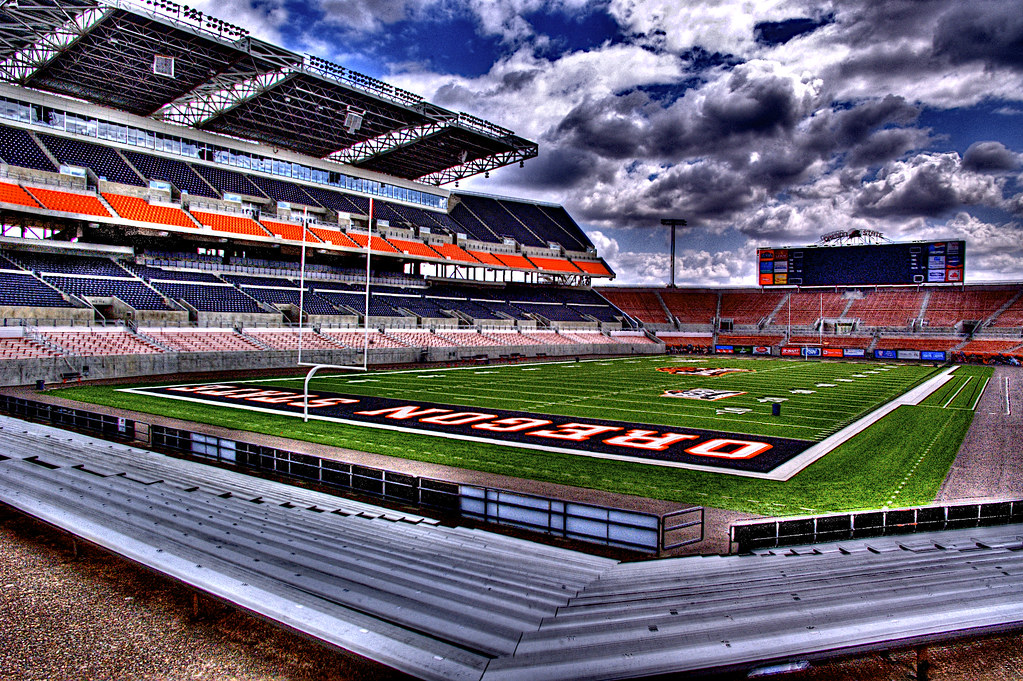 Recently I took a trip. No I’m not talking about a trip to an exotic destination, just a simple trip from Waldport to Portland and back. Although I’ve taken the same trip many times before, this last time I noticed things I’ve seen but not paid attention to before!

Taking Hwy 20 East from Newport I went through Corvallis past Reser Stadium home to the Oregon State Beavers football team. I noticed the stadium which is going to be going through a renovation thanks to a 50 Million dollar donation! Then it was North to Portland via I-5. Here in a heavy traffic flow I began to notice a growing number of Tesla’s zipping along. Many more than I’d seen a month earlier. Apparently electric cars are becoming quite popular.

After spending the night in Portland I headed back to the Coast via Hwy 18. This took me into Wine Country with a Winery at every road off the highway. Then I went past the Vintage Trailer Park with all the cool looking retro trailers. Then past The Evergreen Air park home of the “Spruce Goose” the plane Howard Hughes built! Enclosed in a glass hanger the plane is enormous! Next came McMinville, home of The Oregon Hotel with rooftop dining and magnificent views of the valley.

Then onward and passing Spirit Mountain Casino with it’s giant packed parking lot. In the middle of nowhere it’s quite a sight and a testament to the popularity of Casino gambling.

Then through Otis and the remains of the horrible fires that devastated the area last year. A sad reminder of what Mother Nature can do. Finally I arrived in Lincoln City home of the Factory Outlet Stores and traffic! It was nice to be back on the Coast and homeward bound and the welcoming city of Newport.

As I finally crossed the Alsea Bay into Waldport I realized that while I’d seen a lot on my trip, it was great to be home!!