While the Pacific Northwest, including Oregon, is in a mini drought due to no rain, Television is in a drought thanks to the season this time of year. The lack of rain has to do with atmosphere changes and with luck we will get enough rain to fix the problem. However, the Television drought totally will be cured as seasons change.

Right now with exception of one televised event, the May 30th running of the Indy 500, there isn’t much exciting happening. The National Basketball League is just beginning the playoffs, Baseball is right in the middle of the season and Football isn’t happening yet.

Without the drama of major sports Television is boring. I mean how many reality shows can you watch. Of course there are a lot of news and cooking shows, but they can get boring also.

It’s the thrill of the chase or the count down to a championship that makes for compelling Television and if you are a fan you might have favorite players that you pull for and follow. Of course Television will rally as seasons change but the rain is another story. We need it badly as the fire season is near. So forget about the Television waste land and put together some positive thoughts about getting some rain! We need it and you can help!

Categories: A View From Here
Tags: 2021A View from HeredroughtRick Schultze 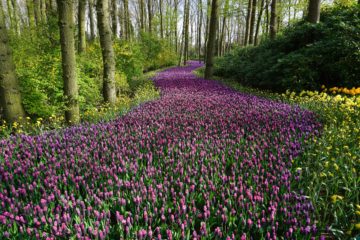 The sounds and sights of Spring

The sounds and sights of Spring. This is the one time of year that you can actually see the changes of the seasons. Winter, fall, and summer just kind of sneak up on you, but Read more…

We here on The Central Oregon coast occasionally have to go into the valley for a variety of reasons. Sometimes for business, sometimes for fun. Well, last week I got to go for fun and Read more…

For me there is nothing finer than a beautiful sunny day in May when I can sit outside and people watch! Since I live by two stores and a church there is always a lot Read more…