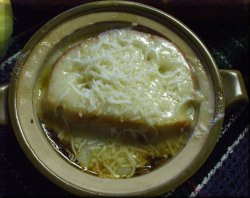 So, isn’t it amazing that the things we love the most always make us cry? Everything, from old movies and lovers, to onions; and, I’ll bet you didn’t know that the city Chicago means onion. The Great Lake Indians originally called onions She-Khe-Ony,  so,  I guess Chicago is the “Big Onion”.

In myth it is said that the Allium family which is garlic and onions sprouted from the devils footsteps as he fled the Garden of Eden (garlic from his left footprint, onions from his left). The onion was likened by some to a pearl; gold on the outside and white on the inside the ancients believed it symbolized oneness and unity.

Furthermore, the onion was spherical in shape, consisting of a series of orbs, one inside the other. To the ancient Egyptians and the Druids this structure suggested that the onion represented the universe. Because of this the bulbs were considered to be sacred. They swore oaths with their right hand on the onion, which to them symbolized eternity; a never ending succession of worlds upon worlds.

Plutarch wrote that Egyptian priests avoided onions because they believed that the onion plant budded as the moon waned and withered as the moon waxed. Therefore they associated the onion with evil. In myth the moon waned as the evil god Seth devoured the eye of Horus. Seth, the embodiment of chaos, threatened to destroy the forces of goodness and light and annihilate the world. People of other lands connected the onion with death gods and demons that lured people into states of unconsciousness or death.

Other ancient people believed quite the opposite; these believed onions and garlic protected them from evil. They rubbed garlic and onion juice in their eyes and ears or inserted garlic into their nasal passages. They also wore onions and garlic around there necks as protection from evil. It was also believed that the onion could revive the dead. In legend, onions stimulated strength, bravery and passion.

The fact is onions to protect us from many evil diseases.

They contain carotenoids ( also called tetraterpenoids), all B complex vitamins, vitamin C, calcium, magnesium, potassium. They improve kidney function, lower elevated blood sugar and are antibacterial. Half a cup of raw onions per day will prevent blood from clotting protecting us from hardening of the arteries, high blood pressure. Onions are great for breaking up mucus in the throat, lungs, and nasal passages.

They stimulate the adrenal gland and their concentrated sulphur and germanium compounds can be useful in treating cancer patients. Germanium acts as an oxygen transporter which also helps lung disease. Research has proven that onions, raw or cooked lowers cholesterol and acts as a natural antibiotic.

I could not cook without them; they are a base in most everything I cook. Today’s recipe is easy and so good. I made French bread from scratch for this and then the soup.

Crystal Hayes can be reached at crystalhayes@peak.org 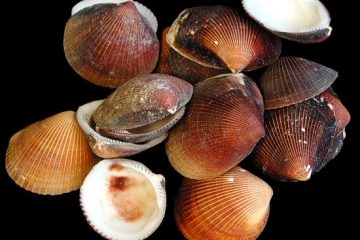 “A loaf of bread,” the Walrus said, “is chiefly what we need; Pepper and vinegar besides are very good indeed-Now if you’re ready, oysters dear, We can begin to feed.” By Lewis Carroll in “Through Read more…