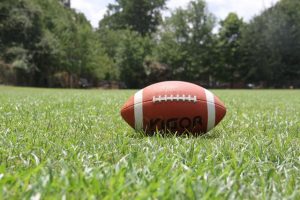 Football season kicks off!  Whoops, University of Oregon, Oregon State and Portland State all lost their seasons opening day football games. Not the greatest way to start the season, but like they say “We’ll be ready for next week”.

Well it’s now next week and how’d we do?  The University of Oregon and Portland State won and Oregon State lost. Two out of three isn’t bad, but what does this mean? It means that some of these young men that are playing football for these teams have experienced what we all have, or will experience, a momentary defeat in the pursuit of our goals.

For these football players it means that they were stopped short of their goal. So they re-group and try to improve on what they’ve done and take that improvement to move forward.

Of course sports is far less impactful than real life is. But there are similarities to what we all face in life. There will be obstacles on the way to success. And as you experience them, you learn what to avoid and what to keep as you continue on towards your goal.

Like with sports the more you do something the better you get at it. So in life it’s important to get into good habits and use them to your advantage. If you pay attention to what’s going around you you’ll see what’s working and what isn’t. That’s a key to how to approach gaining your goal.

But, life is not sports and you don’t have several coaches and team meetings where game plan after game plan is explained and then you practice and practice. In life it’s pretty much up to you to figure or try to figure it out. You get help along the way but you are your own coach, teammate, teacher, and the one that makes the rules for you.

So like The University of Oregon, Oregon State and Portland State lets just keep chugging along and good things will happen this football season.