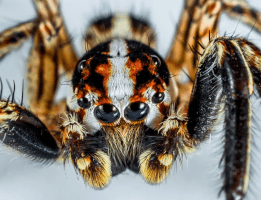 When I say everyone I mean humans, fish, animals, birds and arthropods. they’re on the move! 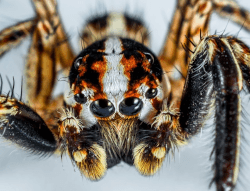 It’s easy to see the humans moving about this time of year. Once the summer traffic on the coast; cars, campers, and small motor homes has moved on, the gigantic motor homes begin heading southward towards the sunshine. Vacation homes have been vacated and the summer residents return to their other homes. College students have returned to school and are filling up the college towns. Apartment rentals are once again available in coastal villages with its summer time help migrating to better job markets. Fish, particularly salmon, are madly dashing up streams and rivers to return to their spawning grounds and as the mists and rains commence they hustle. Naturally that has the seals and sea lions moving as well!

In this area the deer and elk are also on the move with the changing of the seasons. Their food sources change so they move to better locations in search of the perfect meal! High in the sky the migrating birds have been, and will continue; going southward as the days shorten and we earthlings will hear the magnificent sounds of the flocks passing overhead. They too are moving in search of better climate and more food.

Now all this makes sense to me, there are a million reasons for everyone to be on the move but perhaps the most interesting and possibly the most aggravating is the movement by Arthopoda; also known as spiders.

As summer comes to an end you begin to notice a slight increase of spider webs in the house, garage, storage room, outhouse, and often on vehicles. Nothing like looking out at your side mirror and seeing a healthy spider merrily riding a web attached from the mirror to the vehicle. Going to town the other day I even sped up once to see if the hitchhiking spider could hang on and sure enough it did, riding all the way into town and back!

Once the spiders get moving, they move. You can walk out to the garage spider web free and twenty minutes later you’re brushing webs out of your hair on the way back to the house. Go down the basement and conduct a raid on the eight legged rascals and the next morning you’ve got to conduct another raid. The real tricky part is that you’ll seldom see the creator of web world! For logical reasons they spin their geometrically correct webs away from prying eyes as if they are creating masterpieces to present to you when you least expect it!

And they have particular spots that seem to be favorites; corners, just out of reach, wisps near the tops of lamps, backs of stereo equipment and bottoms of chairs, high on stairway ceilings and near outdoor lights that have to be changed! I’m also aware of certain spiders like the brown recluse and black widow that are hazardous, but mostly I’m talking about are pesky little spiders, all little marvels that can irritate and scare people with their physical appearance and habits and they still fascinate me by how they can tell precisely when it’s time to move inside and start bugging some humans!