A Change of Season 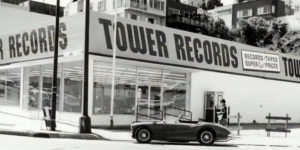 It’s the change of Season so there is a change in the Advertisements we see on a daily basis. The print Ad’s don’t change as much as the television Ad’s do, but they are all affected by the season.

You don’t advertise swim suits in winter. And on the other hand there is the one that advertises during Flu season for an anti-flu pill for those who missed a flu shot.

However, advertisements as annoying as they can be, are also small works of art in their world. This mostly applies to television Ad’s which can be literately mini-movies with a message!

Of course the Ad’s one sees on television depends on what kind of programs you are watching. Food Ad’s on cooking shows differ a lot from the Ad’s at halftime of a football game.

Personally I have a soft spot in my heart for Ad’s since at one time I worked in Advertising for Tower Records a world wide record store chain. We did mainly print Ad’s weekly in many newspapers and occasionally Television Ad’s.

The Ad’s we ran at Christmas time were created the prior July. It was interesting to be making Christmas sale Ad’s during the summer, talk about seasonal eh?

Still Ad’s from Fast Food restaurants don’t change much as seasons change, food is food and no matter what time of year it is it’s going to be advertised a lot. The same can be said for automobile Ad’s. Gotta have a new truck or car any time you have the money!

So we will be seeing and reading Ad’s year round and the key is hitting the right person at the right time to make it a great deal.

Like I said before sometimes Ad’s can be annoying due to overkill but at least you’ve been informed as to what the best deal going is!